Kudos to the mobile networks for enabling 60,000 trainers in Chicago’s Grant Park to catch, train, and battle Pokémon over four days without a hiccup.  That’s 60,000 people, many with multiple smartphones and tablets, online and using the mobile networks in one location to play Pokémon GO.

Overall, the networks scored 72 out of 100 (a C- grade) on the Event-O-Meter (the Event-O-Meter takes into account voice, data, video, coverage, speed and reliability metrics); while this is an average score, what stood out was the network reliability at the event. This was the largest Pokémon GO Fest to date and the networks successfully completed nearly all of the data-related tasks at 99.9% (tasks like sending and receiving app-related data or uploading posts to social media). Not bad considering the influx of network data traffic concentrated in Grant Park every day for four days.

We also noticed that the mobile operators had bolstered their networks with advanced features such as 256QAM, 2×2 and 4×4 MIMO, 2, 3, 4 and even 5 channel carrier aggregation; in particular, AT&T and Verizon had 5 channel carrier aggregation active as well as LAA (license assisted access).  As we move around the country conducting our Event-O-Meters, we are noticing that these sorts of features are becoming more prevalent.

In addition to measuring network performance, our network testing specialists observed the following: 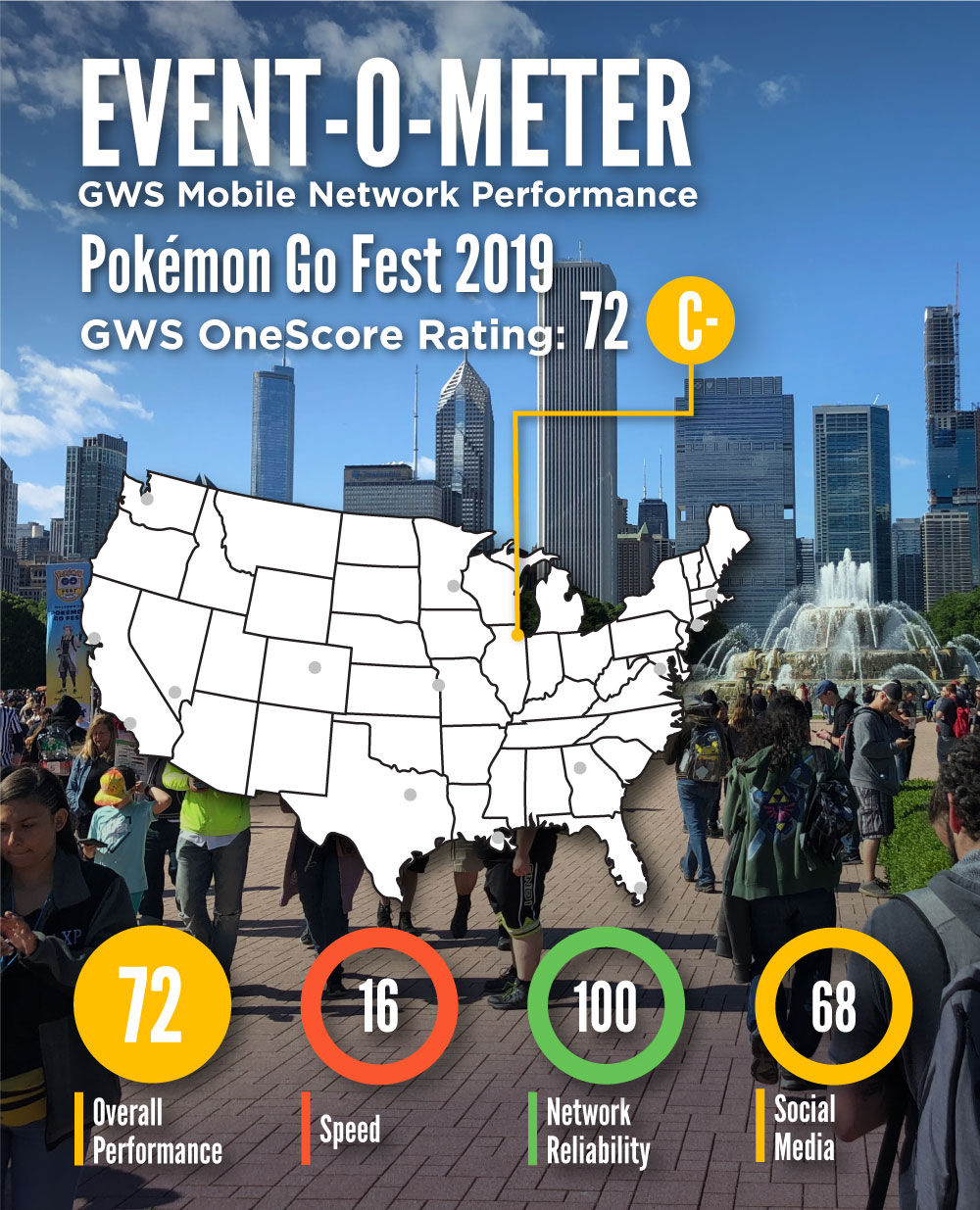 Next Post
GWS consumer research — teleworking during the pandemic