Previous Post
Double standards: Study reveals nearly three quarters of people use their phones at the dinner table, but are irritated by others doing the same
Read on Mobile Enter Reading Mode

Which Wireless Carrier Hit a Home Run at Nats Park During the World Series?

Dulles VA — Oct 29, 2019: Fans who attended the 2019 World Series at Nationals Park this past weekend might have noticed significant differences in video upload speeds, data streaming, social media updates and overall network reliability depending on which wireless network they used. With overcapacity crowds in attendance, the stress on the networks was considerable.

Today Global Wireless Solutions (GWS) released results on how AT&T, Sprint, T-Mobile and Verizon performed for fans attending the World Series at Nats Park when it comes to voice, data, coverage and reliability. The results: AT&T outperformed the competition – delivering a fan experience superior to the other three carriers. 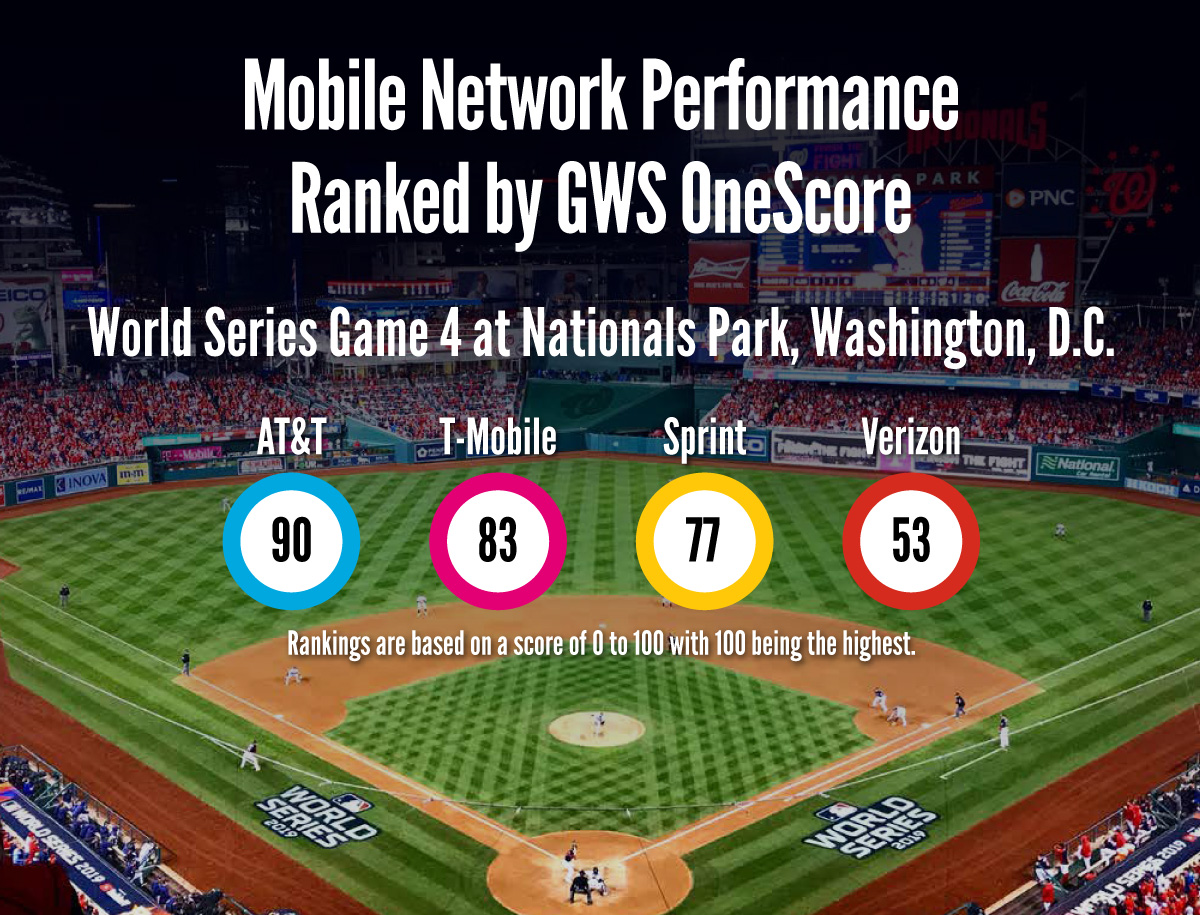 During the fourth game of the 2019 MLB World Series in Nationals Park (Washington, D.C.) on October 26, GWS network testing specialists collected voice and data samples throughout the ballpark. SwissQual QualiPoc on Samsung Galaxy S10 collection devices were used to measure the performance of the Tier 1 mobile networks. Just over 2,200 samples were collected and compiled into a single OneScore, resulting in a combined overall operator experience measured on a scale from 0-100.

Founded in 1996 and headquartered in Dulles, Virginia, Global Wireless Solutions has set the industry standard for network benchmarking, analysis and testing. Its proprietary OneScore network ranking combines high-level network testing data with real-world network usage scenarios to make the results of testing relatable and easy to understand. Working with some of the world’s largest wireless network providers, GWS offers high-quality network data and engineering analysis through a suite of benchmarking products, services and OneMeasure diagnostic apps that include drive, venue and in-building testing. At last count, GWS has driven 12.5 million data collection miles for its customers. For more information, visit gwsolutions.com and follow us on Twitter at @gwsolutionsinc.

GWS tests 5G network performance of the big operators at the U.S.’s largest sporting event
This website uses cookies to improve your experience and our site's performance and functionality. Learn more.
ACCEPT