Mobile app engagement on left-leaning news sites typically higher than right-leaning but during the election cycle this difference grew, particularly in swing states

The data comes from GWS’ OneMeasure Consumer Panel, an opt-in consumer panel-based service that evaluates mobile app usage and content, mobile network performance, and consumer perceptions. The panel includes tens of thousands of consumers located across the U.S. and is calibrated to represent the demographic profile of the country’s population.

“Traditional polling measures for the Presidential elections have become more challenging. Whether it’s the fear of revealing their political interests or perhaps concerns over identity theft or some other reason, the public seems less inclined to provide their personal views to pollsters,” said Dr. Paul Carter, GWS Founder and CEO. “GWS’s anonymized opt-in panel provides critical insights into smartphone engagement – what apps are being used, for how long and by which demographic. Considering how much news is now consumed via their smartphones, actual usage data collected and analyzed by GWS could provide key insights to help improve election forecasting accuracy.”

Dr. Carter adds: “Mobile phones are part of everyone’s lives; they’re with you most of the time. As a result, how individuals interact with their phone tells us a lot. So when we analyzed mobile news consumption during the election cycle (July – December 2020), there was a consistent finding throughout that time period: smartphone users spent more time engaging with left-leaning news sources. What individuals chose to engage with on their mobile device turned out to be a more reliable indicator of how they voted when compared to traditional polling measures that accounted for consumers’ answers at face value.” 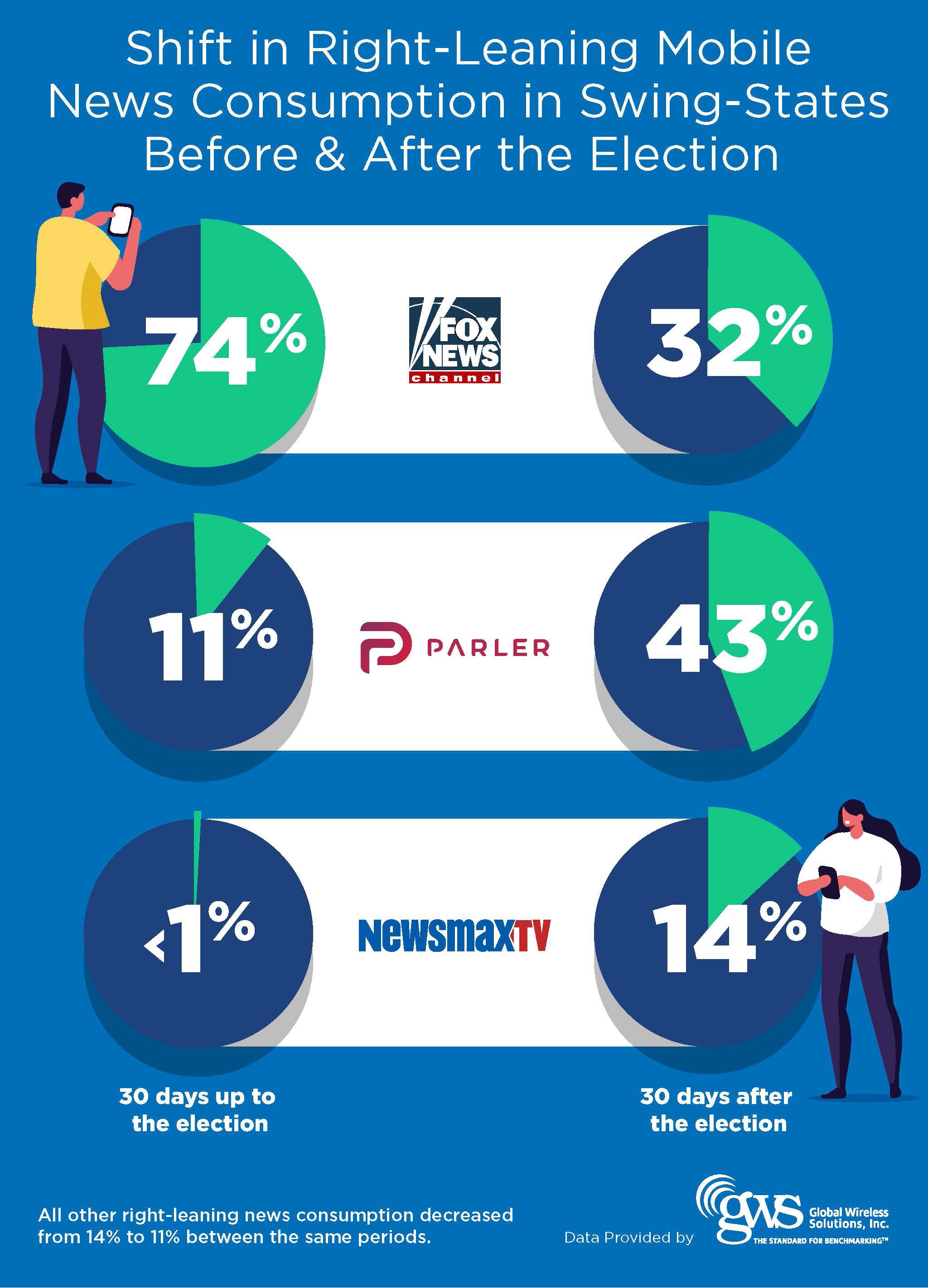 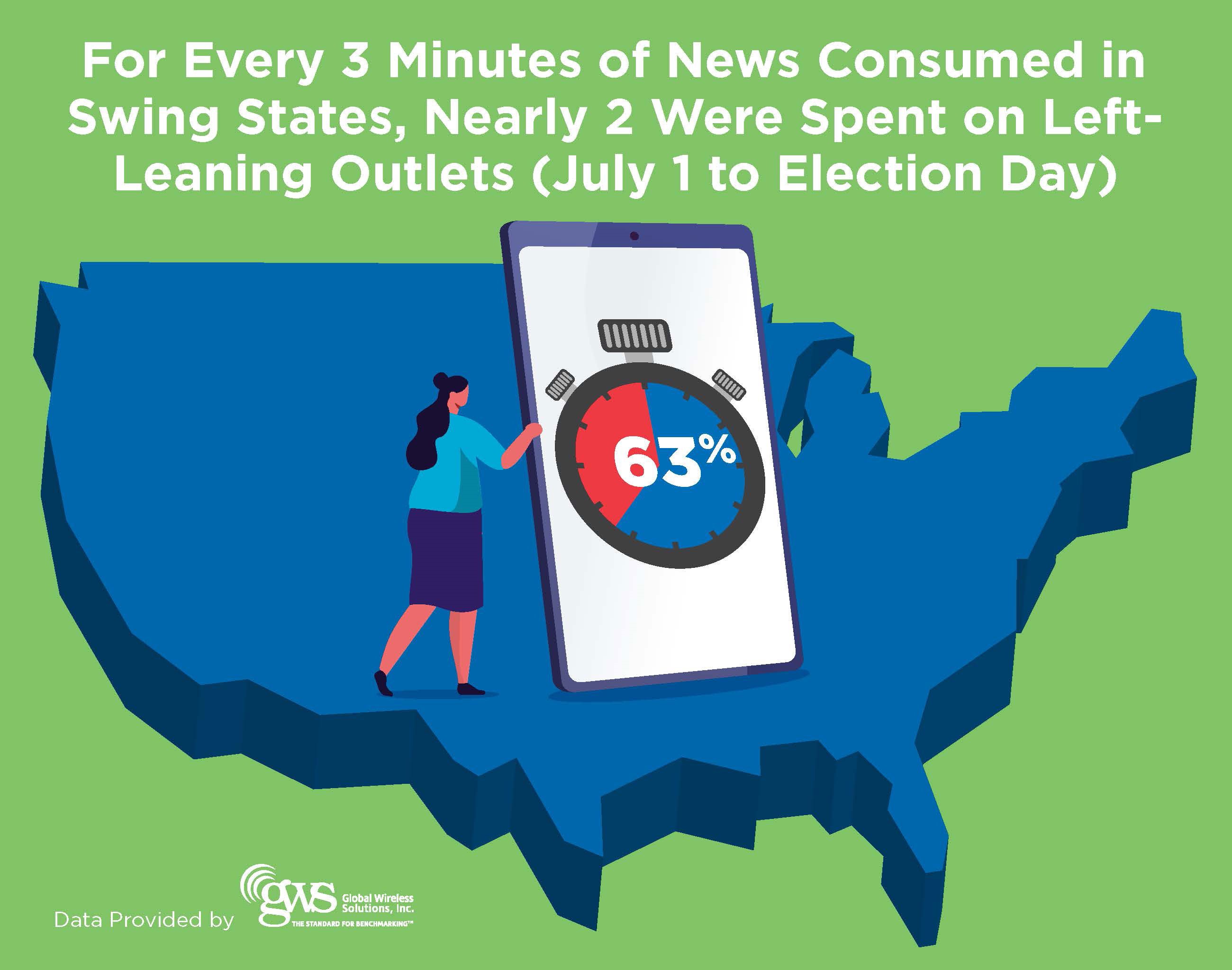 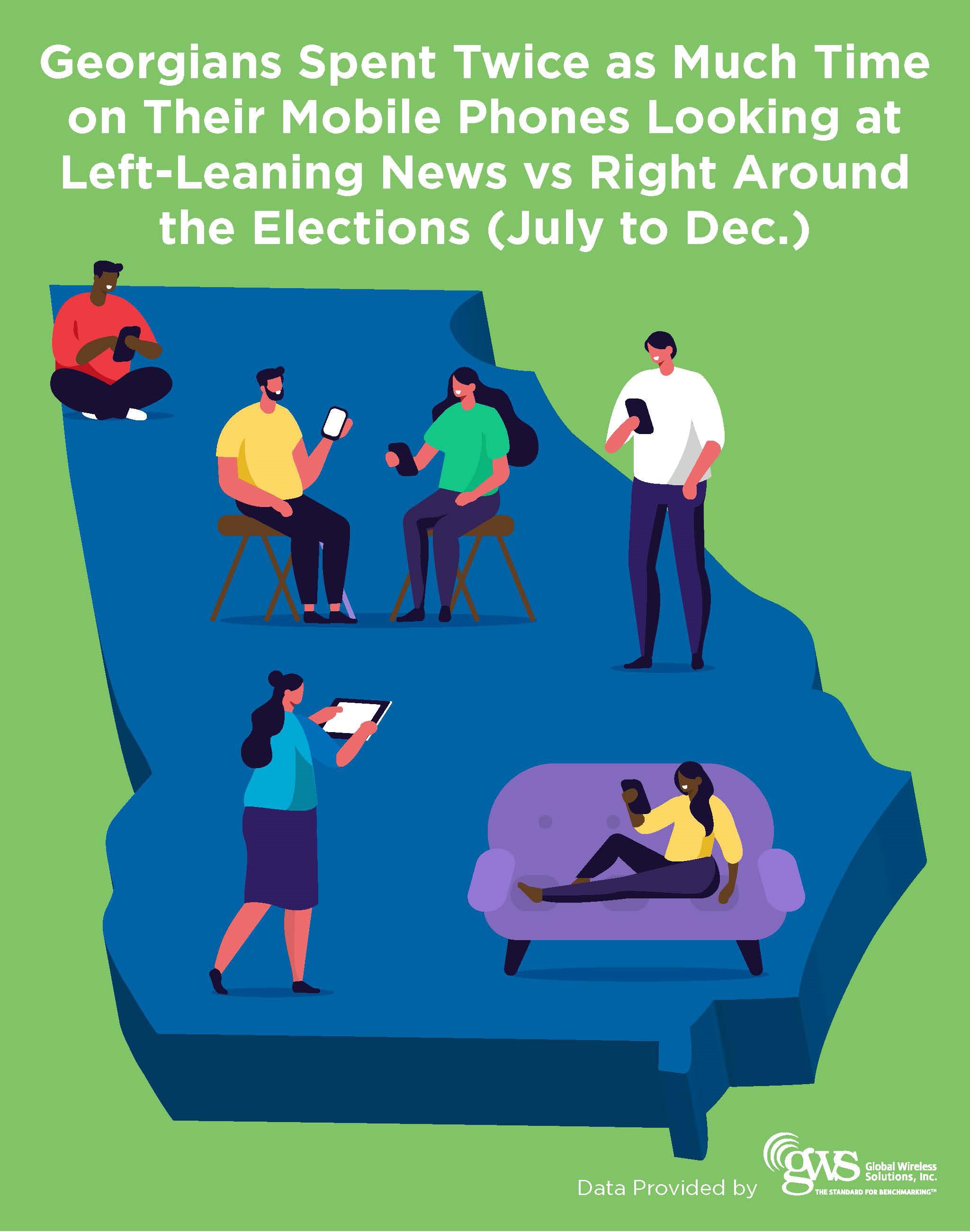 Data results are based on GWS’s OneMeasure Consumer Panel (OMCP).  OMCP is an opt-in consumer panel that measures mobile app usage and content, mobile network performance, and consumer perceptions. OMCP collects consumer data on Android smartphones 24 hours a day, seven days a week, whenever and wherever consumers use their devices.

OMCP panelists are primarily recruited from the top 41 metropolitan areas across the U.S. along with consumers located in less populated areas. The number of panelists per metro area depends on the area’s geographical size, but on average there are roughly 1,200 panelists per metro area. Total sample size of the panel ranges from 75,000 to 100,000 consumers. The demographic profile of panelists is calibrated to represent that of the U.S. population. All information collected is weighted to a user’s demographic representation of the U.S. population (aged 18+).

GWS’s OMCP data, unless stated otherwise, is collected and managed by Embee Mobile on behalf of GWS. Data is reported in an aggregated and anonymous fashion for market research purposes only.

Founded in 1996 and headquartered in Dulles, Virginia, Global Wireless Solutions has set the industry standard for network benchmarking, analysis and testing. Its proprietary OneScore network ranking combines high-level network testing data with real-world network usage scenarios to make the results of testing relatable and easy to understand. Working with some of the world’s largest wireless network providers, GWS offers high-quality network engineering and consumer behavior analysis through a suite of benchmarking products, services and OneMeasure diagnostic apps that include drive, venue and in-building testing. At last count, GWS has driven 13 million data collection miles for its customers. For more information, visit gwsolutions.com and follow us on Twitter at @gwsolutionsinc.

Recent data shares 5G reach, usage and attitudes across the US. Dr. Paul Carter With $100