Is mobile gaming your guilty pleasure? Our ‘State of Mobile Gaming 2021’ analysis takes a look at consumer’s behavior and attitudes towards mobile gaming in 2021, as well as breaking down the most favored and played games of the year! 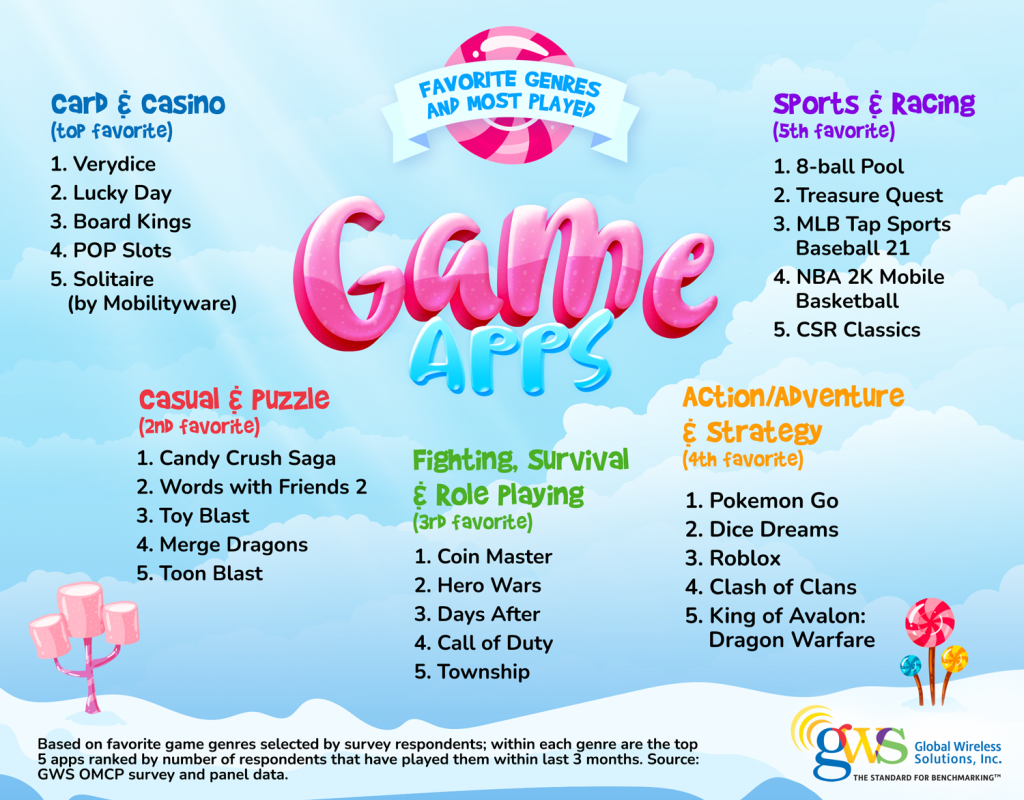 GWS obtained data from our opt-in OneMeasure Consumer Panel (OMCP), which details the mobile app usage and content of roughly 50,000 consumers located across the U.S., to generate the ‘State of Mobile Gaming in 2021’ analysis. The OMCP is an opt-in panel that measures consumers’ mobile app usage and behavior, network performance and consumer perceptions. As such, the ‘State of Mobile Gaming in 2021’ is a unique study that blends together critical insights into gaming consumers’ smartphone behavior and consumer sentiment based on survey responses.

Key findings from our analysis include: